With the upcoming release of Betrayed, book 3 in my Roman/Druid romance series, I thought I'd share some tidbits about the earlier books, Forbidden and Captive. Today I'm posting a piece that was originally published in Romantic Times in February 2011, the month that Captive was released. 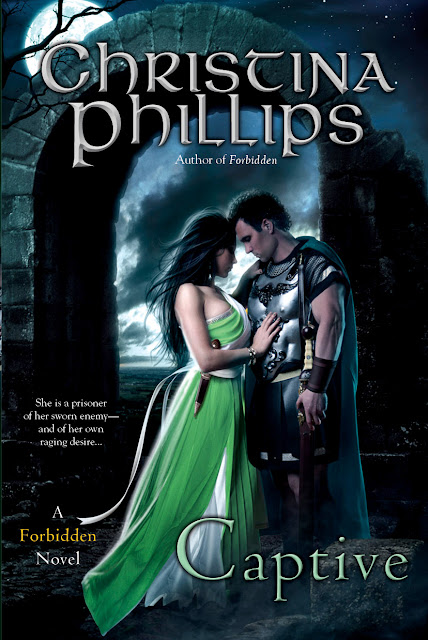 The books are set in Britain during the first century AD, when the Romans invaded and were charged with eliminating Druids from the face of the Empire. These fearless warriors, used to tough campaigns, harsh conditions and primitive provinces are brought to their knees by their intriguing heroines. Unfortunately for them, their heroines also happen to be powerful Druids :-)

Originally I wrote the first book, Forbidden, without any inkling there would be a second. But not only did Morwyn, the best friend of the heroine from book one, demand to have her own happy ending, I also realized the powerful goddesses were not yet satisfied.

That really surprised me. I thought I’d tied things up there but apparently not! While Cerridwen, the Goddess of Wisdom, ensured her continuing legacy in Forbidden, the Morrigan, the Great Goddess, was insistent her side had to be told.

You don’t argue with an angry goddess!

Bren, the warrior hero in Captive, is one of my favorite heroes I’ve written so far. Tortured by brutal events in his past, Bren’s been undercover in the Roman Legions for the last three years. Bound by unbreakable chains of loyalty to his king, he will do anything to eliminate the invaders and ensure freedom for his people. Nothing else matters. Everything is secondary to his single-minded goal.

And then he meets Morwyn.

Morwyn, educated, independent and a warrior in her own right is not only recovering from the realization that the man she once loved brutally betrayed his own people, but has also turned her back on her Druidic heritage. Not content to hide on the sacred Isle of Mon with the rest of her clan, she sets off to join the rebels fighting the Romans, but is ambushed and captured by a tough Gaul mercenary.

I loved watching the relationship between Bren and Morwyn unfold. As far as Morwyn’s concerned, her captor is nothing but a traitor to their people. She knows she should kill him without a second’s hesitation. Yet there’s something about him that fascinates her—not least the intriguing hint of vulnerability she glimpses beneath that tough warrior exterior.

For years Bren has lived a lie, knowing it’s the only way he can serve his king. But Morwyn turns his convictions inside out and although he knows he should set her free, her fearlessness and sharp retorts somehow soothe his wounded soul. He knows she believes him to be her bitterest enemy and wouldn’t hesitate to cut his throat given half a chance. And yet he can’t tell her the truth, because the truth could get them both killed.

And Bren won’t put this brave, infuriating woman in such danger.

But from the instant they meet a blazing sexual attraction ignites between them. The longer they spend together, the hotter the lust burns. When they finally give in to their overpowering need, both tell themselves it’s only sex. But as they grow to know each other the lust and sex evolves into something much deeper. And much more dangerous if either wants to survive unscathed.

I hope you enjoy reading my Forbidden romances as much as I enjoyed writing them! 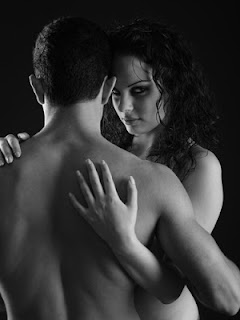 
Nook
Posted by Christina Phillips at 6:00 am