In my first Viking Bastards MC book, Hooked, the heroine Grace loves to bake. Her specialty is cupcakes, and there's a sexy scene where she makes her hero Zach some very special pre-Thanksgiving goodies :-)

If you'd like to go in the draw to win some scrumptious cupcakes, here's a super easy giveaway you can enter! Check the details below :-)

5 Stars: "Scorchingly hot reading with a touch of sweetness thrown in. The likeable characters of Zach and Grace steal your heart and the many secondary characters have their own shining moments. A great series starter." - Talking Books Blog 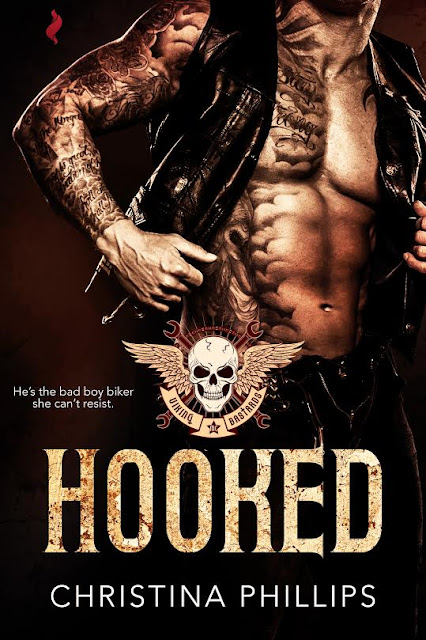 I like my sex dirty and disposable. I’m not into commitment or chicks who want more than one night. My brothers and club come first, second and last.

Until she walks into my life. Classy, rich and so out of my league it’s crazy. A week together should get her out of my system, but this good girl is so bad when we’re all alone and I can’t get enough of her.

I don’t do forever, but she’s hooked me so bad I don’t ever want to let her go. Except there’s no way a princess can live in my world and I sure as hell won’t live in hers…

I'm delighted to reveal the gorgeous cover for HER VENGEFUL SCOT, the second book in The Highland Warrior Chronicles, where my tough Scots warriors fall in love with their brave Pictish princesses. The cover was designed by the amazing Kellie Dennis of Book Cover by Design.

“Christina Phillips once again combines the bloodshed, brutality and political intrigue of ninth century Scotland with lush sensuality and eroticism. This read also contains some of my favourite themes in romance – enemies to lovers and revenge!” 5 Stars, A Readers Review of Her Vengeful Scot 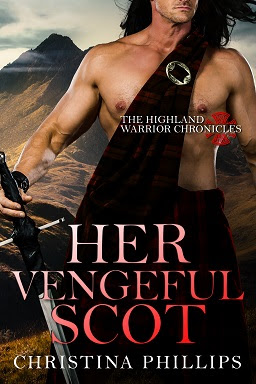 To avenge his sister’s honor, he must destroy the woman he wants most in the world…

Ordered to remain in Pictland, Cameron MacNeil fights the lust that consumes him whenever he encounters the aloof princess, Elise. Not only is she a cursed Pict, she belongs to the man he has vowed vengeance upon.

Despite her reputation, Elise has no interest in men until she meets Cameron. Lacking the famed Scots charm, his blunt ways enchant her and he ignites a passion she long thought dead. When she is freed from her difficult marriage, Elise places her trust in the tough Scot warrior who has stolen her heart.

Bound by blood oaths, the only way Cam can protect Elise from political schemes is to make her his bride. When Elise discovers the truth, she fears everything she knew about her husband was a lie. All she can do is trust her goddess was right and Cameron is her one true love.

Previously published in 2014
Posted by Christina Phillips at 6:55 pm No comments: