In the mood for a hot, historical romance? Read FORBIDDEN for Free! 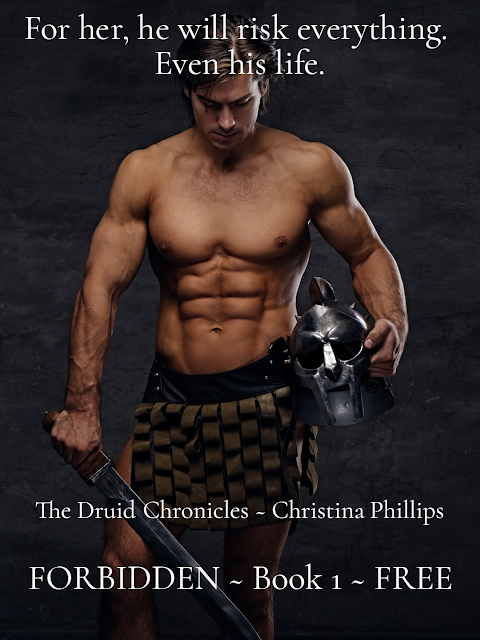 Between a warrior and a princess comes an illicit passion as all-consuming as the hatred between their warring worlds…
Carys knew from the moment she first spied on Maximus in his naked barbarian glory that he was a dangerous Roman centurion – his taut, battle-scarred flesh marking him as a fearless warrior. But her desire for him was as undeniable as it was illicit.
Charged by his emperor to eliminate a clan of powerful Druids in Britain, Maximus never expects his mission to be thwarted by the clan’s ethereal princess, Carys, his daring voyeur. Falling under her spell, he doesn’t realize her true heritage – until he captures her heart as well as her body.
As Carys’ loyalties are twisted, and freedom is no longer her single-minded obsession, an avenging former lover threatens to crush Maximus’ people into oblivion. Now Carys and Maximus must overcome the devastation of war and face the ultimate sacrifice if their forbidden love is to survive.
“Set in the time of the Roman Empire, Phillips’ wonderful story of the romance between a Roman soldier and a Celt is more than entertaining”  Romantic Times

Buy The Druid Chronicles Box Set and grab a bargain! 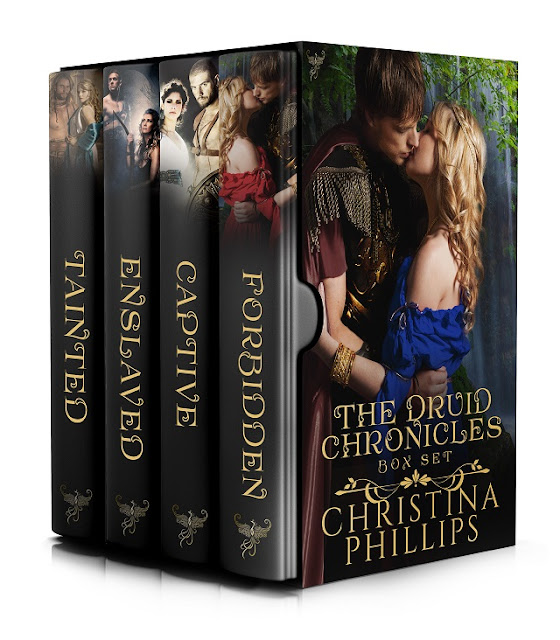 They were destined to be enemies, but fate had other plans…

Be swept into four passionate, forbidden romances set in first century Britain. With lush eroticism and rich mythology, The Druid Chronicles is a forgotten world of ancient goddesses and powerful love that transcends the mighty Roman Empire.
“Primal and sexy, I love this series.”
Apple Books   |   Kobo   |   B&N   Google Play
Posted by Christina Phillips at 4:55 pm No comments: