REDEMPTION, a Realm of Flame and Shadow novel, is LIVE!

“A sexy and captivating read with a delicious twist, which had me hooked from the first page.” 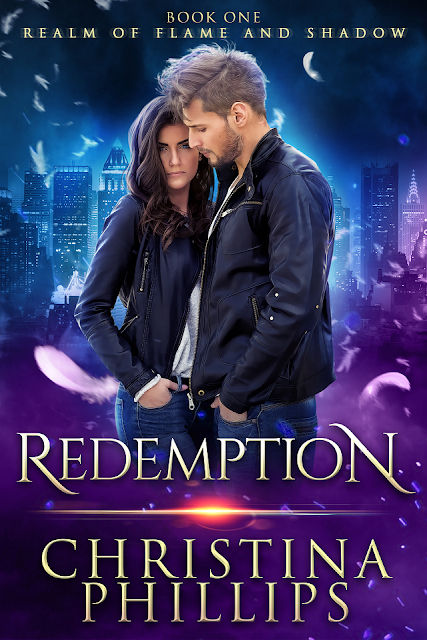 A fallen archangel saves a woman from a deadly fate, and unleashes an ancient power that could destroy the universe itself…
Gabe has no time for humans after the way they betrayed the ones he loved so long ago. But when he snatches a woman from the jaws of the hellish Guardians, he’s compelled to protect her at all costs. Even if she does drive him crazy with her smart mouth and refusal to fall under his archangelic spell.
Desperate to discover her true heritage, Aurora opens a rift between dimensions. But before she can enter her mother’s world, the most breathtakingly gorgeous man she’s ever met teleports her to an impossible island.
Thrown together, they can’t ignore the scorching lust that risks consuming them, or the threat to Aurora’s existence. When raw sex evolves into something far more dangerous, it’s more than their lives that are on the line.
As Gabe and Aurora race against time to outwit the Guardians, they come closer to uncovering an explosive revelation that will challenge everything they’ve ever believed in.
But deep in the shadows, the merciless Guardians lurk. And they have no intention of allowing Aurora to escape their clutches. Even if it means defying the wrath of an archangel.


This book was previously published by Penguin US under another title and pen-name, but the current book has been completely re-imagined, rewritten, and edited.

Amazon  |  Apple Books  |  Kobo  |  Google Play  |  B&N
Can be ordered in paperback from your local bookstore. Also available from Amazon
Posted by Christina Phillips at 5:40 pm No comments: