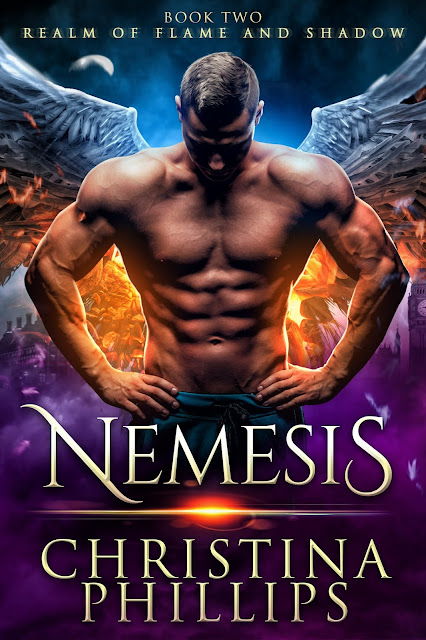 OMG! How much do you love this new cover for NEMESIS? I'm so in love and his wings are perfection!!!

Can be ordered in paperback from your local bookstore. Also available from Amazon and B&N

All dhampir Rowan wants is the chance for a normal life. But she’s bound by a blood debt to work as a paranormal assassin, so that’s never going to happen. After one reckless night she wakes up next to a beautiful stranger and if the mysterious guild who raised her learns what she’s done, both their lives will be forfeit. But she soon discovers her enigmatic lover has secrets of his own, and if she ever wants to be free, she’ll have to trust the captivating immortal who is also her most merciless enemy.

Nothing is more important to the Archangel Azrael than hunting down the dhampir army of his sworn enemy. Until he meets the enchanting Rowan. He doesn’t do commitment, but one night with her changes all his ironclad plans. Until he discovers who she really is and everything he’s ever believed in is turned inside out.

She deserves to die. But as the fallout from deadly secrets close in on them, he becomes tangled up in the hunt for the truth. And if they don’t work together, neither of them might survive the night.

Posted by Christina Phillips at 3:17 pm No comments: