Welcome to this week's My Sexy Saturday! I'm back after a bit of a break, and today I'm going to share 7 sentences of my deliciously sexy contemporary romance, The Sheikh's Mistaken Bride. This is the second of three books in an upcoming boxed set Taken by the Sheikh with fabulous fellow Aussie authors Mel Teshco and Cathleen Ross.

The book is due to be released in December when we'll also be sharing the seriously gorgeous cover! But for now here's a taste of my hero, Khalid, when he first meets his heroine Sanura. Khalid is under the mistaken impression he has just met his betrothed. Bound by duty to honor his father's wishes and secure a powerful alliance for his country, Khalid nevertheless hasn't been looking forward to meeting his future bride. That is until Sanura opens the door...


The startled expression on her face was oddly endearing. “It’s an honor to make your acquaintance, Sanura.”


She didn’t attempt to pull her hand away, and he idly caressed his thumb across her fingers. For such a chaste touch he found it remarkably arousing.


Thank God he would have no reluctance in sharing the matrimonial bed with her. The prospect of siring sons to continue his father’s dynasty no longer loomed like a thundercloud on the horizon.


It would be a pleasure.

To receive notification of when Taken by the Sheikh is released, sign up for my newsletter :-)

Don't forget to check out the other awesome authors participating in this week's My Sexy Saturday!
Posted by Christina Phillips at 12:00 pm No comments:

I'm so excited that finally I can talk about a Secret Project I've been involved in for the last few months with ten other awesome Aussie authors! It's a sexy continuity for Escape Publishing, and here is my cover. Hot, huh! 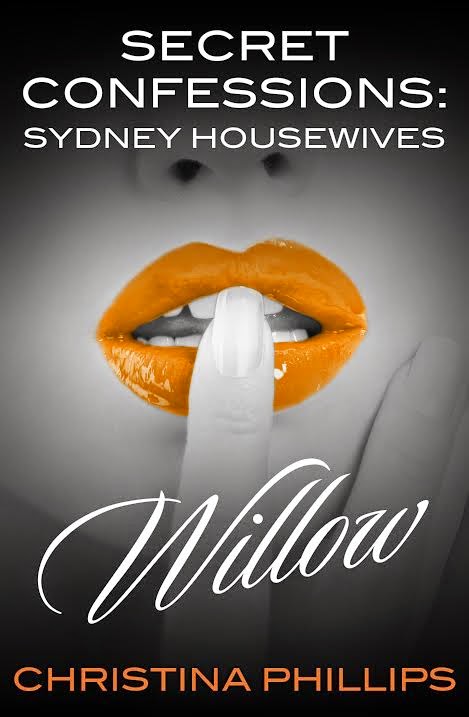 I got the email inviting me to be a part of this awesome project just hours after sending my last book to my EC editor at 3 am. So I didn't get my usual two day break between books. Actually come to think of it I hardly ever get a two day break between finishing one book and starting the next!

My story, Willow, is the ninth in the continuity, and is slated for release on 19th February 2015.

As soon as we get the okay to share blurbs and more information I'll post it here!
Posted by Christina Phillips at 10:29 pm No comments: