Welcome to this week's My Sexy Saturday!  Every week published and unpublished authors share 7 words, 7 sentences or 7 paragraphs from a work-in-progress or an already published book.
This week, it's all about the sexiness :-)

Here's the cover - not too shocking I think!!! 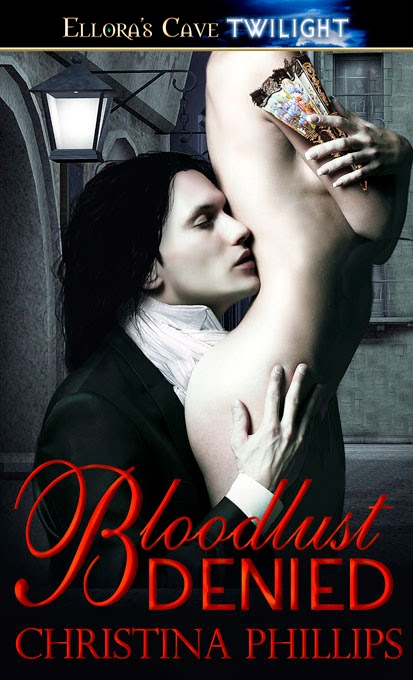 And here are the seven paragraphs. Alexius and Morana have just met and neither can deny their shattering lust for the other :-)

He nibbled kisses along her throat, savoring the sensation of her fluttering pulse, the torture of feeling the rush of her blood beneath the flimsy barrier of flesh, and the evocative scent of ethereal rose gardens.

“I could take you now.” His hoarse whisper teased her earlobe. This woman aroused him to a degree he’d long since forgotten existed.

“Then take me now.” Her panted command arrowed straight to his throbbing cock, the sensation so acute for one incredulous second his fearsome control wavered.

No woman could exert such power over him. He would come only at his own command and no one else’s.

Still cradling her nape, he relinquished his hold on her arm and slid her gown over her shoulder. He wound a velvet ribbon around his fingers and tugged sharply. Her bodice gaped and he saw a tantalizing glimpse of erect nipple.

He cupped her breast, its satisfying weight filling his hand and in the wavering light, he could see the faint tracing of veins beneath the vulnerable skin.

"An ancient vampire, Alexius has grown intolerably weary of the London ton. But the moment he sets eyes on Morana, he is captivated. Alexius is stunned by his undiminished desire for her defiant beauty - and startled to realize he has seen her smile before. A vampire hunter bent on retribution, Morana realizes after a single frenzied encounter with Alexius that her desire for revenge can never match her hunger for this arrogant, oddly familiar man."  Romantic Times BOOK Review 4 Stars

Don't forget to check out all the other fabulous authors taking part in this week's My Sexy Saturday!
Posted by Christina Phillips at 6:00 am

Another woman left breathless by her admirer. Love it.