So much good news bubbling at the moment! I'm very excited that my good friend Amanda Ashby's first two books in her new MG series hit the shelf today! 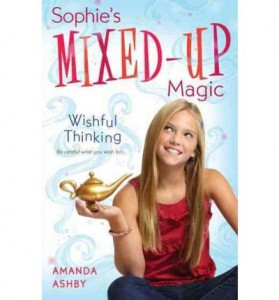 Be careful what you wish for…

After Sophie accidentally gets herself turned into a djinn, she starts to think that it might not be so bad after all. (Of course, that’s after she gets the whole orange skin problem sorted out.) Who wouldn’t enjoy having the power to grant wishes! But when Sophie develops RWD (Random Wish Disorder) and can’t STOP granting wishes, things get more than a little mixed-up! 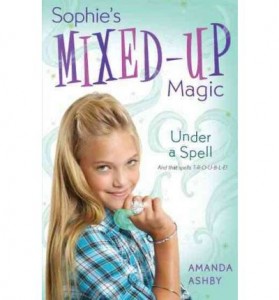 As Sophie gets used to her magic, her relationship with the adorable Jonathan Tait is blossoming. There’s only one problem: Jonathan’s twin sister, Melissa. She’s a total mean girl who seems intent on making Sophie’s life miserable. On top of that, Melissa somehow seems to sense that Sophie has powers–and manages to bind Sophie to her in a totally self-serving way. Can Sophie figure out a way out of this–without ruining her chances with Jonathan?

To kick off the celebrations, Amanda is holding a contest over at her blog with signed copies and a cute djinn ring up for grabs. Pop on over and help spread the fun!

Posted by Christina Phillips at 9:44 am

Christina - thank you for the post! And don't worry, I haven't forgotten about doing a Malik interview. I promise I will get it written soon!!! And thanks for all your help. You know I couldn't have done it without you!!!

I can't wait for Malik's interview!!! I'm so happy you managed to pin him down long enough to coax/bribe an interview out of him!!!