Just want to give a quick shout out to two good friends who have new releases this week!

Shelley Munro has a historical romance from Carina Press, The Spurned Viscountess - here's the blurb and gorgeous cover: 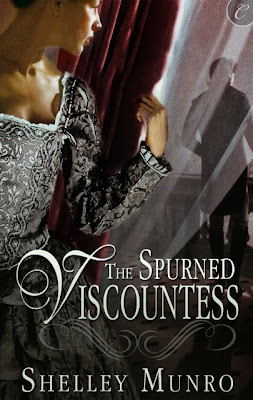 She must marry him.

Cursed with the sight and rumors of witchcraft, Rosalind’s only chance at an ordinary life is marriage to Lucien, Viscount Hastings. She doesn’t expect love, only security and children of her own. Determined to go through with the wedding, she allows nothing she encounters at the gloomy Castle St. Clare to dissuade her.

He wants nothing to do with her.

Recently returned from the Continent, Lucien has no time for the English mouse his family has arranged for him to marry, not when he’s plotting to avenge the murder of his beloved Francesca. He has no intention of bedding Rosalind, not even to sire an heir.

Dark secrets will bind them.

Though spurned by her bridegroom, Rosalind turns to him for protection when she is plagued by a series of mysterious accidents and haunted by terrifying visions. Forced to keep Rosalind close, and tempted into passionate kisses, Lucien soon finds himself in grave danger of falling in love with his own wife… 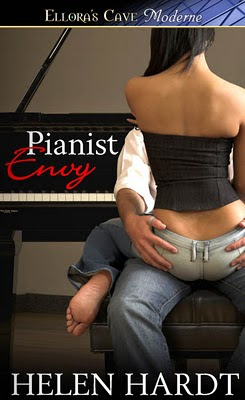 Huge success has so far eluded musician Jane Rock. Coming from a modest background, she’s had to work hard for everything she has. When a music agent attends one of her rock band’s performances at a local club, she thinks her big break has finally come, until an inebriated—though handsome and muscular—patron spoils her show.

Classical pianist Chandler Hamilton has had most of his success handed to him due to his family name. He has his reasons for detesting rock music, but he finds himself drawn to beautiful and talented Jane. Although the two sizzle between the sheets, outside the bedroom they bicker endlessly and envy what they perceive as the other’s good fortune. When Jane needs a favor, Chandler resists. Can love blossom amid clashing notes and tempos?

Posted by Christina Phillips at 11:13 am

ohhh too many great books to read!!!! And I so love Helen's title LOL!

Thanks so much, Christina. :)