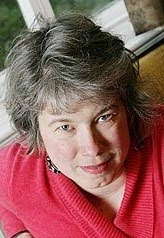 My final guest for day two is Mills and Boon Historical author, Michelle Styles We first met up on eHarlequin about seven or so years ago, both of us targeting the Romance line. Funny how things turn out!!! I was thrilled when Michelle sold her Roman story to M&B and trail-blazed an ancient historical trend for the line!


I’m delighted to be here helping to celebrate Christina’s launch of Forbidden. I had the great pleasure of meeting Christina back 2004 when she and I both attended the RNA conference in Leicester. And I’m really looking forward to reading Forbidden as I have a great fondness for the era.


Christina asked the contributors to her blog write about something Forbidden in their books, and I think it is a great topic for writing about Roman society in general. Roman society was riddled with rules and what could happen or could not happen, despite televisions shows to the contrary! Because of its militaristic nature, Rome was a place where form was everything. The law and its interpretations were important.


It was why at the end of the Republic, there was a huge clash between the traditionalists like Cato and the new young guns like Julius Caesar who wanted to flaunt their wealth (and sexuality). Later when Augustus takes over as Emperor, he tries to re-establish the old values. One of the laws he implemented was that men had to either be married or betrothed. This had the untended consequence of men betrothing themselves to infants so that they could remain single. This led to another law forbidding betrothals until the woman was twelve. If you look at the graves of Roman women, you see that many died when they were about 17 or 18 and giving birth to their first child. This normally happened about a year after the women started to have sex or about a year after marriage.

So what did I write about that was forbidden? Or rather how did it complicate things? In my debut book The Gladiator’s Honour, a long term relationship between a Patrician woman and a salve was forbidden. Such things were looked on with disapproval. This is in part because a woman’s status did depend on the men in her life. In A Noble Captive, the heroine as a priestess of a cult and a enemy of Rome was forbidden from having a relationship with a Roman soldier. In The Roman’s Virgin Mistress, the hero and heroine are on opposite sides of the political spectrum but I also explored some of the ‘forbidden activities’ that were practiced in a town like Baiae where the Romans went to party, rather than Rome where Romans went to govern. Given Roman behaviour, I was surprised to learn that nice girls didn’t dance nor did they recline at the dinner table. One of the great reasons to read about the Roman era is because of what was forbidden during that era and the opportunity to immerse yourself in that era.


To help Christina celebrate, I’m offering one lucky commentator a copy of one my Roman set books. 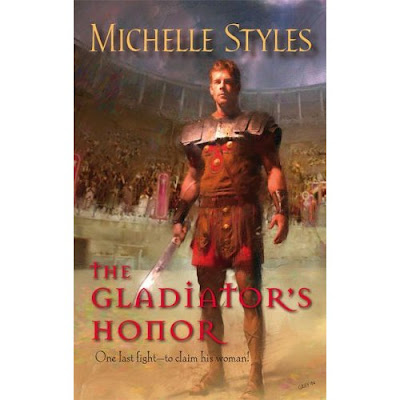 Michelle Styles writes historical romance set in the Roman, Viking, Regency and early Victorian periods for Harlequin Historical. She has written 15 books for them and recently sold a Roman set Undone which will be coming out sometime next year.

Thank you for that thought provoking post, Michelle. I know I discovered a lot of unexpected things when I was researching the period. So, to be in with a chance of winning one of Michelle's wonderful Roman set books, leave a comment for Michelle or tell us what's the most unusual/weird/shocking/funniest (umm you get the picture?!) thing you've uncovered during the course of researching, for whatever reason that research might have been for?

Once again I have to extend my apologies for not being around due to living Down Under! But I'm sure there are a couple of Roman warriors lurking if you need any assistance for any reason!!
Posted by Christina Phillips at 11:00 pm

Big waves to Michelle!!!! I love how Christina described you as a trail blazer when you sold your first Roman book to hm&b - I still remember that!!!!!

Most of my world building comes from my head so I only do very odd bits of research for things such as 'best way to blow up the world' and 'can a human be turned blue (and if so what is the best way to do it)'. In fact, if I believed in conspiracy theories then I'm sure that someone has a lovely little file of all my strange google questions!!

I've been watching Sparticus, which as just started here in NZ, and the rules and intrigues are fascinating.

I normally write in the Georgian period. I was researching London and read about the Smithfield market and the cattle they drove to market. At times they'd get out of control and pedestrians would take their life in their hands trying to cross the road. I thought that might make a fun scene. A heroine v a panicked animal rescued by our hero.

I adore the sound of your books, Michelle. Sexy covers too!

As for what I've uncovered during research. Well, I discovered nursing homes can be hotbeds of lust and that some jolly old people are having absolute balls *ahem* in their latter years. I also read that gerontologists highly recommend sex for the elderly because it can improve mood and sometimes physical function.

Becca, having read many of Michelle's books I can say with certainty her heroes are very sexy!!!

Amanda, I still remember your particle accelerator with great nostalgia!!!

Shelley, Ooh I've been meaning to watch Spartacus, not sure if it's started here in Australia. Another one for my DVD pile I think!

Wow Cathryn, I love that!!! It's amazing the things you can unearth, isn't it?

Dropping in late as my editor called yesterday and I've had to drop everything as she wants me to do a Apecial Project.

I'm pleased to see people here!
And I'm so delighted that Christina's book is finally being released!!!!

I do a lot of family history research and love collecting names. My favourites are 'Fanny Pee' and 'Bathsheba Biddle' (who was a nail maker's daughter).

Great news to hear of your publishing success.

I know and they were real people, as was 'Felix Wildblood' a plasterer!

Morton, I love all those names, they're so descriptive, and in a way remind me of the kind of names Dickens used to love to use!!

Christina, congratulations on your new release.

Michelle, would love to win a set of your books. Haven't uncovered anything too weird in my research, except when searching for a location for an American romance, I came upon a ghost town named Lostwood. It struck a chord within me, changed the entire focus of my story and may be the best I've written yet.

I wrote a lovely comment and the machine ate it! Too tired to recreate it, so i will just say hello to Michelle and Christina and head for bed!

Lorraine, thank you for the congrats! And wow, what an evocative name for a ghost town - Lostwood. It conjures up all sorts of intriguing possibilities!

Alison, oh no! I hate when that happens! Thank you so much for joining the party!

Christina, noticed you want to watch Spartacus - it has started here because I watched it the other night :)

My research is obviously very boring because I haven't really stumbled across anything very odd or interesting. The only thing I found was that the original coca cola was green.

Anita - oh damn! I always miss stuff, and end up having to get the DVDs! I've heard mixed reviews on it - what did you think of the first episode?

Definitely worth watching if you loke hot bods in leather skirts . Not too bad, holding judgement until I've watched a second episode to decide whether I'll watch the series or not.

The winner is Morton S Gray. If MOrton would care to email me her postal address at michelle@michellestyles.co.uk
I will be delighted to send the books out.

Anita, I'm not at all averse to watching hot bods in leather skirts :-)

Oh, I'm very excited about all these ancient settings!

OK another author to read - Michelle your books sound fantastic. :)