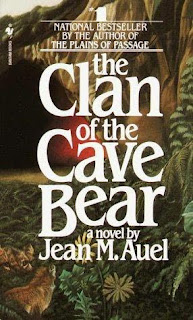 OMG! I'm so excited! I discovered last night, over at Lisa Loves Books, that the sixth and final Earth's Children novel by Jean M Auel, The Land of Painted Caves, is due for release in March 2011!

I was a teenager when my (future) father-in-law recommended I read Clan of the Cave Bear, the first book in the series about Ayla who lives in prehistoric times. It took another 15 years before I managed to persuade my (by now!) husband to read the books, and more recently my youngest daughter became hooked too. I can't believe it's been eight years already since book 5 hit the shelves. Then again, I'm pretty stunned it's been over thirty years since the first book was published!!!
Posted by Christina Phillips at 6:04 pm