Sexylicious Revamped Cover for HOLD ME UNTIL MIDNIGHT ~ because bad boys always deserve a second chance...

Not to mention a second cover!!

I love reading about bad boys from the wrong side of town, and when the three Grayson brothers strolled into my life over a year ago, I knew I had to find out more about them. Who were these tough, sexy guys who loved women but didn't have a clue when it came to commitment or relationships?

One blood-soaked night twelve years ago, Alex, Jackson and Cooper's lives were turned upside down. Since then each brother has carried his own guilt from what happened, and it's affected every aspect of their lives.

Hold Me Until Midnight is the middle brother's story. Jackson is an ex-street fighter, who now works in his brothers' bodyguard and security business. He's opened a dojo for the neighborhood kids, to keep them off the streets, and is fighting to keep it from being demolished when he meets beautiful socialite, Scarlett.

He knows she's out of his league, and when the shit hits the fan he's sure it's because a guy like him can never truly throw off the dark shadows of his past. But Scarlett doesn't give up so easily, and Jackson discovers that sometimes even bad boys are given a second chance at love. 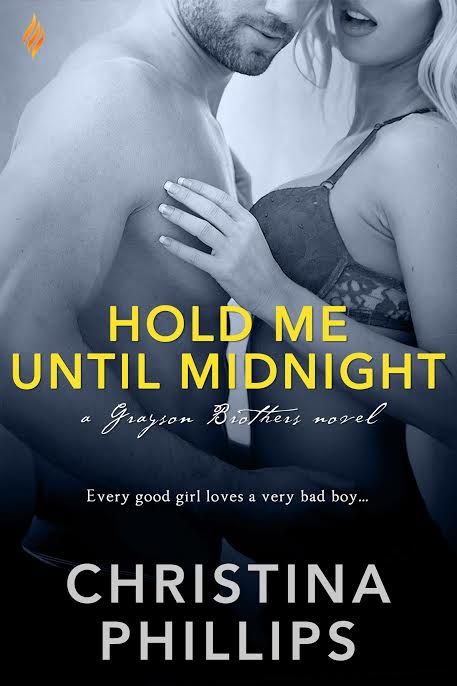 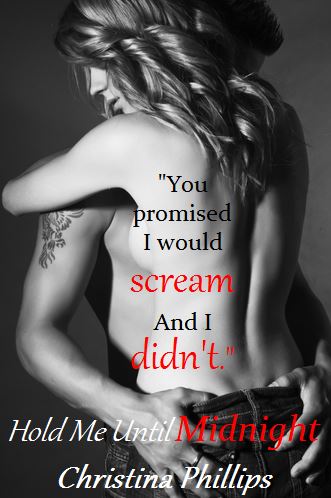 Posted by Christina Phillips at 9:00 am