“I can do dirty.” He breathed the words against her ear. “I just don’t do the dancing.” #MySexySaturday HOLD ME UNTIL MIDNIGHT 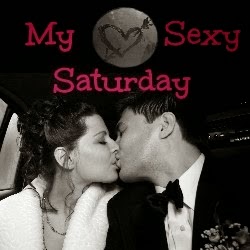 Welcome to this week's My Sexy Saturday. I'm sharing seven sexy paragraphs from my upcoming release, Hold Me Until Midnight, out on 9th June. Scarlett hired Jackson to be her fake date at her father's wedding, and in this snippet they both realize it's harder than they thought to keep their hands off each other :-)


“Fancy stuff?” There was a faintly mocking note in her voice. “Like Dirty Dancing you mean?”
He slid his hands over the curve of her hips. It didn’t help his resolve to keep things purely professional between them.
His jaw grazed the soft skin of her cheek. “I can do dirty.” He breathed the words against her ear. “I just don’t do the dancing.”
So much for keeping it professional.
She edged a little closer. Without his meaning to, his hands slipped and he cupped her ass. Lust spiked through his groin. God, that was the wrong move to make. She fit him perfectly. With a silent curse he molded her waist instead.
“I can do the dancing.” Scarlett’s whisper was husky. “Looks like we’re evenly matched, Jackson.”
He tried not to think about all the dirty things he’d like to do to her. With a primitive growl he tugged her tight against his body. She gasped, whether at the way he held her or because she could feel his dick digging into her, he wasn’t sure.

Every good girl loves a very bad boy…
Scarlett Ashford needs a date for her father’s wedding. Only she doesn’t just need a guy in a suit—she needs a bodyguard. The only problem is that Jackson Grayson is big and gorgeous and way too sexy. So much so that Scarlett’s tempted to let this hot bad boy ruin her oh-so-good reputation… 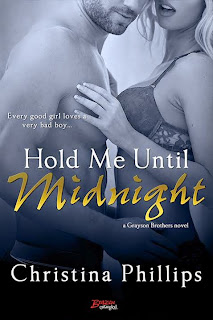 Don't forget to check out the other awesome authors in My Sexy Saturday!
Posted by Christina Phillips at 6:00 am

Labels: Hold Me Until Midnight, My Sexy Saturday