Passion of Sleepy Hollow with Lexi Post & a Giveaway!

I'm delighted to welcome back fellow Ellora's Cave author Lexi Post as she celebrates her latest release, Passion of Sleepy Hollow. And look at that sizzling cover!

Today Lexi is sharing the inspiration behind her book ( I LOVE finding out these things!) Not only do we have a toe-curling excerpt but Lexi is also generously giving away a copy of her book to one lucky reader who enters the Rafflecopter contest below :-) 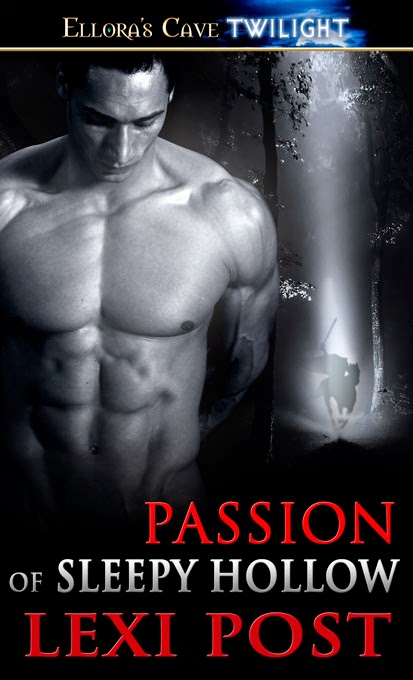 Actually, there was a lot more to it. I sprinkled in a bit of Brigadoon with the disappearing village of Sleepy Hollow, added a significant amount of both hot and emotionally charged sex and then stirred in a pinch each of superstition and mysterious occurrences. I topped it all off with one and half ghosts and a witch.

My favorite part about blending these elements was discovering the details within the original short story. Both black horses, Daredevil and Gunpowder are authentic, as are the trees, the church, and the bridge of Sleepy Hollow. In fact, in today’s current town of Sleepy Hollow, a fan of this story can actually see the Old Dutch Church and the Cemetery nearby where Irving’s inspiration for Katrina Van Tassel is buried. In fact, the town has an annual Washington Irving festival in which a visitor can see the headless horseman ride!

Hmm, Irving was inspired by real life and now the rest of us are inspired by his story. Pretty cool how that all works, don’t you think? 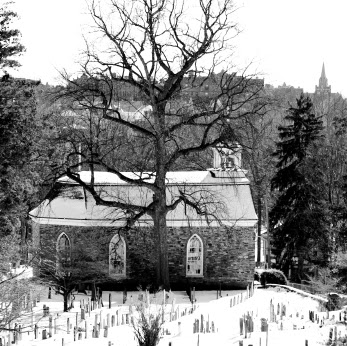 Passion of Sleepy Hollow sounds like a fantastic book and I look forward to reading it in the near future! Good luck to all!

Thank you Krissy. I have to say I really enjoyed writing it :-)

bn100. That's good because if you win you won't know what to expect. Though I do give a short summary in the author's note :-)

Hiya Lexi! I just remember it being really creepy. Course I was pretty young when I read it, but it was always one of my favorites. :)

Hey Ashley :-) Before my first re-reading, all I remembered was that there was a headless horseman and a pumpkin. I couldn't even remember what one had to do with the other :-}

Since I haven't read the original I really couldn't say though I did enjoy the movie and I absolutely love the tv show and there is a Young Adult trilogy by Jessica Verday that was excellent. I am enjoying all the different versions of the Legend that are showing up. It is making it very fun to read. :-)

Ah, irhubble, then here is another version though much sexier than any of those :-} Good luck!

I remember there is a headless horseman and is pretty creepy. I love the tv show Sleepy Hollow I can wait to read this book. Sounds so good. Thanks for the awesome giveaway. Tore923@aol.com

Victoria, I love the TV show too! But it is so different from my book. I'm really glad I had finished writing the rough draft before the show started because my story is so different even though both are definitely inspired by Irving's work :-)

This book has to be great. It's written by Lexi Post and she is one of my favorite authors!

Okay, not sure you all will allow this but this is my second entry. First one is under Haven Malone. Just trying to increase my chances of winning this great book from a favorite author of mine. :)

Congratulations to Heather who won Passion of Sleepy Hollow :-)

Thank you to everyone who popped by to help celebrate Lexi's new release :-)

Thank you for having me, Christina :-)