Release Day for HER SAVAGE SCOT

Hooray! Today is release day for book 1 in my Highland Warrior Chronicles, Her Savage Scot. Don't forget to enter the Rafflecopter contest below for the chance to win fabulous giveaways!

Look at this smexilicious cover :-) I absolutely love that the wonderful Syneca at Ellora's Cave incorporated the mystical standing stones on the cover, as these represent the ancient heritage of the heroine, Aila. 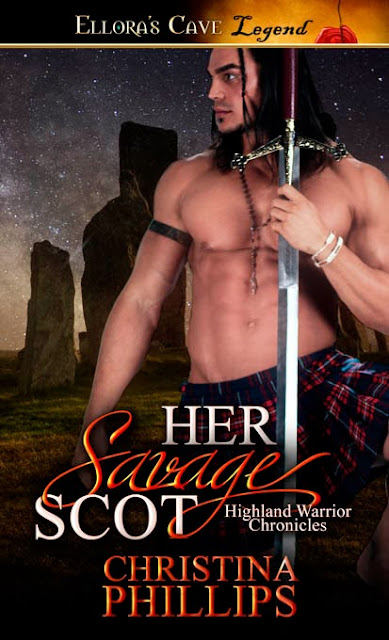 Blurb
When tough Scot warrior Connor MacKenzie rides into the barbaric lands of the Picts on a mission for his king, he never expects to be captivated by a beautiful Pictish widow. Drawn under her spell, yet unaware of her true identity, he risks everything for one passionate night in her arms.
Aila, princess of Pictland, swore long ago she would do anything within her power to help defeat the Vikings who invaded her land and murdered her husband. But after meeting Connor, her frozen heart thaws and once again she imagines a future filled with love and passion.


Read Chapter One of Her Savage Scot 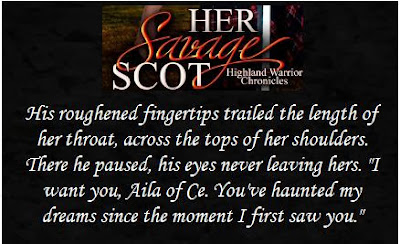 To celebrate the release of Her Savage Scot I’m holding a Cover Reveal Blog Tour Giveaway! My good friend, Allison Butler, who writes wonderful Scottish medieval romance for Penguin Australia, has generously offered up a copy of her debut novel, The Border Laird’s Bride as part of the giveaway.

Just fill in the Rafflecopter below to be entered into the contest!

a Rafflecopter giveaway
Posted by Christina Phillips at 1:00 pm