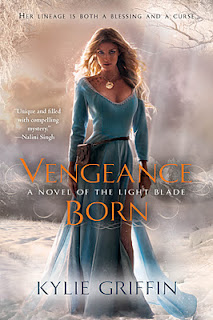 When Annika learns Kalan is a prisoner in her father’s dungeon, her dream of escape seems within reach. She agrees to free him in exchange for his protection once they reach human territory. Now, marked for death for helping him, Annika must learn to trust Kalan as they face not only the perilous journey to the border but enemies within the Council—and discover a shocking truth that could throw the human race into civil war…
Posted by Christina Phillips at 10:02 am

I second that, Christina!