Having the Billionaire's Baby - Sandra Hyatt 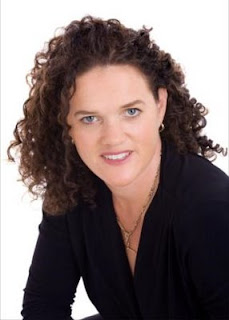 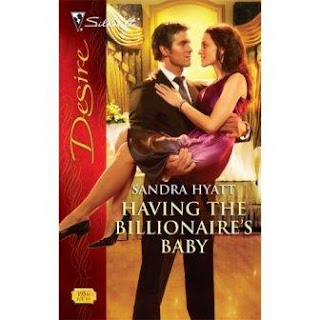 I'm very excited to welcome New Zealander Sandra Hyatt today, whose debut Silhouette Desire, Having the Billionaire's Baby, is out now in the US and hitting the Down Under shelves in August (just in time for conference!)

Thanks for inviting me to blog with you.

Thanks for visiting, Sandra! Can you tell us a little about your book?

I'm so excited that Having the Billionaire's Baby is finally out there on the shelves. It's the story of 'good' girl Callie, who's always played by the rules, but who, on the night of her ex-fiancés wedding, makes one impulsive 'bad' girl decision. Her actions that night land her in hot water with billionaire, Nick, who plays by his own rules, and her carefully ordered life is turned upside down.

The story went through some major incarnations. I first started writing it with a rancher hero who'd been a secondary character in an earlier (still in a box in my office) story, and it was set in . Over time the hero changed to Nick, and the location changed to and . The only thing that stayed constant was the heroine's motivation – a 'good' girl, dealing with the unpredictability of life who makes one rash decision and then has to deal with the consequences.

Like the song, my road to publication was long and winding. I wrote for ten years before finally getting The Call. I'd tried my hand at different types of romance—sweet, suspense, paranormal—trying to see which I enjoyed the most and which my voice best fit. Over the years I'd had some contest successes, and many, many, many rejections, varying from straight out form rejections to some 'almost, but not quite' rejections. My last rejection before selling was on revisions on a full manuscript (and though by then I looked on rejections as a normal part of this business, I have to say, I'd really got my hopes up on that one, and it hurt).

Then I posted a comment on a blog being run by the Australian and authors of a Desire continuity series called Diamonds Down Under. These wonderful authors had organized, as a prize for a random commenter, a full-manuscript critique by the then Desire editor, Melissa Jeglinski. I won that prize! I duly sent my manuscript off, and then—having no idea how long the critique would take—I pretty much forgot about it.

Just a little over a month later I was attending the Romance Writers of America national conference in , and rooming with fabulous Desire author Tessa Radley. Tessa had left the room to send some emails from the hotel computers and suddenly came bursting back in, saying she'd been in contact with Diana Ventimiglia, and mentioned she was rooming with me, and that Diana wanted to call me.

Tessa was certain there could be only one reason that Diana wanted to speak to me. Me, I wasn't so sure. Surely it couldn't be the manuscript I'd sent off only five weeks earlier? That was way too soon. Happily, Tessa was right (she always is), I was wrong, and Diana bought Having the Billionaire's Baby. And now, one year later, it's a real live book, on real shelves (including cyber ones), in real shops, not just in my imagination.

That's an inspiring sale story and a good reminder to never give up, no matter how tough it gets. Do you write every day? Do you give yourself daily/weekly goals?

I write every week day, and most weekends. Sometimes, like these last few days, it's not new writing but working on edits on an earlier book (I've sold my second one to Desire too, due out in January).

I try to write a minimum of one thousand words a day. It's a very manageable target, but it's the consistency that quickly builds the totals up till I have a whole story.

Congrats on your second sale! Pantser or plotter?

By nature, definitely a pantser. Generally speaking, I start with two characters and other than the fact that there will be a happy ending, I have no idea how their story is going to play out until I write it. That's part of the fun for me.

And that used to be a fine way to work. But in the interests of not wasting a whole lot of time writing a book my editor may not want, I'm working at having enough of a plot to give her so that she can give me the go ahead on a story.

What keeps you motivated when the writing gets tough?

Deadlines have always helped me. Initially that was part of my reasoning for entering contests, it made me finish things, or start new things. And now I've have contractual deadlines.

The other thing I've learned about my process is that the writing always seems to get tough at around the one third and then two thirds point. Now that I've accepted this as normal for me, and not the demise of what I'd once thought was a fabulous idea, I can push through.

If it's what you want, you have to believe in yourself, against the odds and even against the evidence.

Do you have critique partners (CPs)? If so can you tell us how you met up and your process?

I consider myself truly blessed in my CPs—Abby Gaines, Karina Bliss, and Tessa Radley. Their support, knowledge and friendship are hugely important to me. We first met at a Kara Writing course, run by Daphne de Jong and Robyn Donald. We clicked and stayed in contact and have grown together as friends and writers. Abby, Karina and Tessa all sold within a couple of months of each other back in '06. Once it was clear that I wasn't going to sell first, or second or even third I was sure I'd be a close fourth. It took me another two years. One of those little lessons life likes to teach me.

We don't have a set way of working together, but we get together regularly and try to help out as it's needed eg bouncing story ideas off one another, helping work out story tangles and plot holes etc. We each have different strengths and different ways of looking at things that we bring to the mix. But we all enjoy each others work.

Posted by Christina Phillips at 3:56 pm

Fabulous interview. I was in San Fran when Sandra got the call and we were all VERY excited.... I can't wait to read it.

Great interview and congrats on your debut Sandra. Can't wait to read it :)

Great interview, ladies! What an exciting call story. The book sounds great. I'll have to go scout the stores!

I agree with Emma -- love the call story! I also love Desire, and I'll be on the lookout for yours, Sandra. Great interview!

What a great 'call story', Sandra. Congrats on the Billionaire's Baby. I'll have to check it out.

Hi Sara - it was so lovely to have my writing friends around when I made the sale, helped make it real.

Thanks on the photo - I was really pleased with it. Wish I looked like that whenever I looked in the mirror.

Thanks Rachel - I hope you enjoy it.

Thanks Emma. That day definitely ranks as one of my best. And I've just found out that the book has made #2 on the Waldenbergs bestseller list (includes Borders and Walmart) so I'm pretty chuffed about that too.

Thanks Helen and Catherine. I really hope you enjoy it. It was certainly fun to write.

Wonderful interview, Christina and Sandra! And I agree with the others...you have a great call story, Sandra. :) Wishing you lots of success!

Thanks cari, so much of this busniness is private, me and my computer that conferences are a lovely change and then to get fantastic news like that while you're at one... We writers do seem to like to celebrate.

Lovely interview ladies. Such a cool place to get the 'call'. Good luck Sandra.

Hi Eleni and thanks.

Sandra - this sure has been a long time coming but so totally deserved. And I'll never forget how stunned you looked the day of your phone call - it was awesome!!!!

Great interview, Sandra! And congratulations on your sale and book release!!

And Christina, you been given a "One Lovely Blog" award!

Pop on over to susanmacatee.blogspot.com to see all the details.