I'm thrilled to reveal the stunning cover for TAINTED, book four in The Druid Chronicles, designed by the fabulous Kellie Dennis at Book Cover by Design!

"To say I loved this book is an understatement.  This book is a must read!  5 books!!!” I Feel the Need, the Need to Read 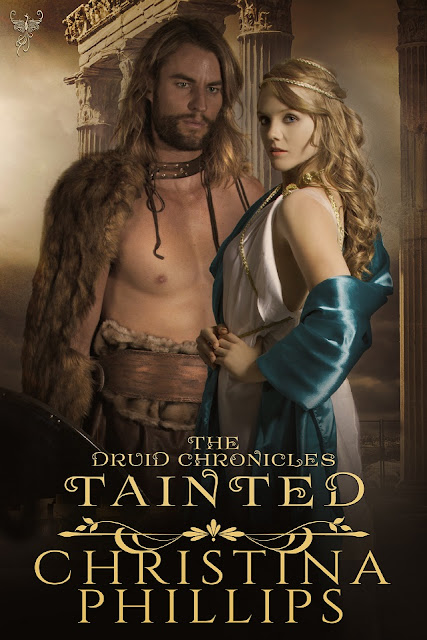 Newly arrived in Britannia from Rome, Antonia is inexplicably drawn to the cold, tough Celt. His touch stirs a passion she long thought died at the hands of her brutal former husband and his unexpected tenderness thaws her frozen heart. But she hides a deadly secret that could be her undoing, and knows her growing feelings for him can lead nowhere. Yet when a shadow from her past threatens her future Antonia is torn between the Empire of her birth and betraying Gawain, the man she’s grown to love.

Posted by Christina Phillips at 4:28 pm No comments: