I'm stoked to reveal the stunning cover for ENSLAVED, book three in The Druid Chronicles, designed by the fabulous Kellie Dennis at Book Cover by Design!

“Tacitus is a wonderful hero, masterful and passionate…" Top Read A Readers Review 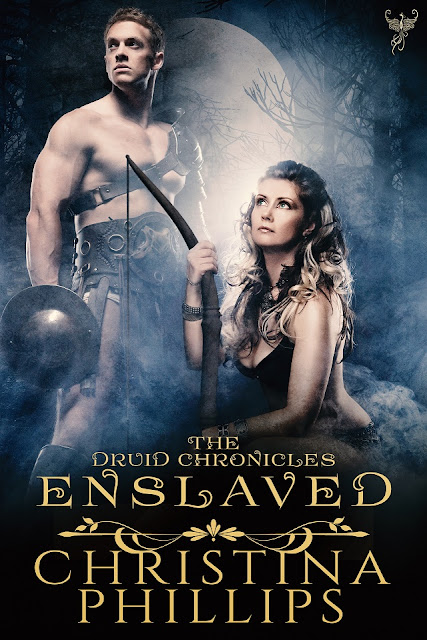