Several friends had books released during this last week, so I'm giving a shout out to them here!

Down-to-earth Clodagh Martin is very fond of her glamorous actress step-sister, Imogen - in small doses. So when Imogen turns up on her doorstep drunk and clutching a bottle of champage and announces that she's come to stay, Clodagh isn't exactly thrilled. It's not a great time. The animal sanctuary she runs is stony broke and the animals; a foul-mouthed parrot, two gay donkeys and a goat, aren't enough to attract the hoardes.It's not a great time for Imogen either. Let's face it, staying at Rainbow's End animal sanctuary wouldn't exactly be her first choice. Unfortunately, a combination of debt and a humiliating public scandal involving a live TV show and too much booze, has left Imogen with very little choice but to throw herself on Clodagh's mercy until things blow over.But actually, this could be a heaven-sent opportunity to get both her career and the sanctuary back on track. What could possibly go wrong? 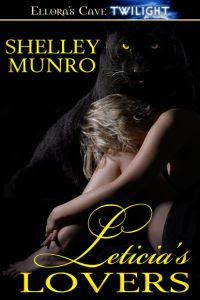 Lion shifter Leticia Huntingdon has FIV, the feline version of AIDS. For months she’s been in remission, treated by Gavin Finley, the Middlemarch feline doctor. Now the disease has returned. Her feelings for Gavin can’t go anywhere because of the FIV, so it shouldn’t hurt when Gavin turns to Charlie, the new male cop.

Gavin can’t believe how good sex is with Charlie, can’t believe he’s found a mate. The loving is amazing and hot, but Gavin can’t forget Leticia. He wants her in his life. He wants Charlie too. Confusion and jealousy create torrid undercurrents for the trio.

Charlie McKenzie falls for Gavin quickly and can’t understand why he’s attracted to Leticia. A nightmare changes everything, drawing the three together and bringing new possibilities. A ménage a trois. Raw need and passion brings them closer. If only the disease threatening Leticia’s life didn’t loom on the horizon… 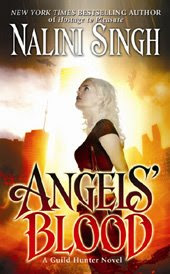 Vampire hunter Elena Deveraux knows she's the best—but she doesn't know if she's good enough for this job. Hired by the dangerously beautiful Archangel Raphael, a being so lethal that no mortal wants his attention, only one thing is clear—failure is not an option...even if the task is impossible. Because this time, it's not a wayward vamp she has to track. It's an archangel gone bad. The job will put Elena in the midst of a killing spree like no other…and pull her to the razor's edge of passion. Even if the hunt doesn't destroy her, succumbing to Raphael's seductive touch just may. For when archangels play, mortals break… 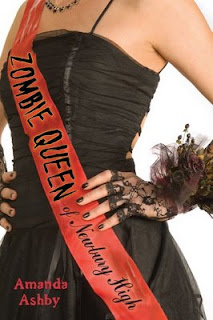 Quiet, unpopular, non-cheerleading Mia is blissfully happy. Rob-super hot football god-has asked her to prom! Life couldn’t get any better. Enter Samantha -cheerleader queen and Miss Popularity-who has made it quite clear that Rob should be her prom date. Mia is desperate to make sure she doesn’t end up dumped in front of the whole school. So with prom in just a few days, she turns to Candice-her holistic, hypochondriac best friend-and decides to try a love spell to make Rob stay with her. Unfortunately, she ends up inflicting a zombie virus on her whole class instead, and she is their zombie leader! At first she loves all the attention. But when she learns from zombie hunter hottie Chase that her classmates will actually try to eat her in a few days, she’s not too thrilled. She’s sure she and Chase can figure something out, but in the meantime, she’s suggesting that no one wear white to prom, because things could get very messy.

Amanda's Website
Don't forget to pop back to catch Amanda's interview here on Friday!
Posted by Christina Phillips at 10:21 am

They all sound great, Christina! I'll be back on Friday. :)

Thanks so much for including me, Christina. I know there are several books on this list that are in my future. :)

All look great Christina. Sheesh more books on the TBR pile!!! LOL! ;)) No I love it.

So many books, so little time... They all sound wonderful!

What a clever idea to put these releases together in one post! Great books all. And each one different in its own way.

Not to long now, Christina until your own release day!

Thanks Christina - and it's even more exciting that I'm in such great company!