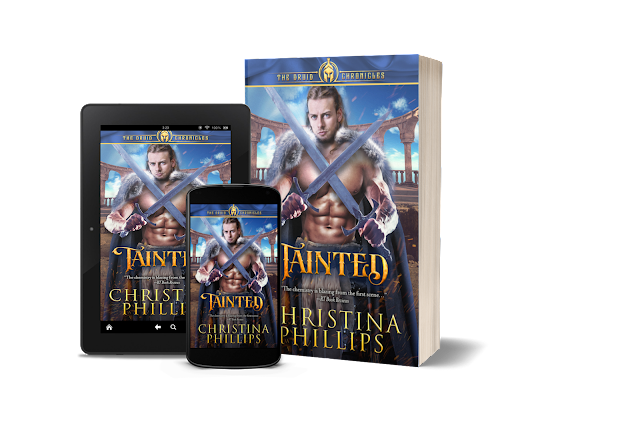 Newly arrived in Britannia from Rome, Antonia is inexplicably drawn to the cold, tough Celt. His touch stirs a passion she long thought died at the hands of her brutal former husband and his unexpected tenderness thaws her frozen heart.

But she hides a deadly secret that could be her undoing, and knows her growing feelings for him can lead nowhere. Yet when a shadow from her past threatens her future Antonia is torn between the Empire of her birth and betraying Gawain, the man she’s grown to love.

Also available in paperback from Amazon and can be ordered from your favourite bookstore!|

“Phillips’ ability to spark utterly irresistible tension between her characters is showcased in full force in her fourth Forbidden novel. In this taut enemies-to-lovers story, the chemistry is blazing from the first scene and, as their secrets and hidden scars are slowly revealed, the depth of emotion that develops make this story a well-rounded success. Rife with historical detail and a pinch of ancient mysticism, this will surely delight Phillips’ fans and new readers in equal measure.”  RT Book Reviews

Posted by Christina Phillips at 11:15 pm