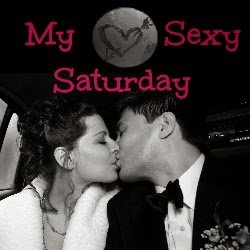 This week on My Sexy Saturday I'm sharing 7 paragraphs from my dark PNR, Bloodlust Denied, which is available for pre-order - release date 6th August 2015 :-)

In this scene the hero Alexius, a two thousand year old vampire, is inexplicably entranced by the heroine Morana and instead of slaking his bloodlust he holds back...

He slid his other hand around her neck. The cool silk of her hair caressed his knuckles, as the tips of his fingers caressed her tender flesh. He inhaled her fresh, clean scent, rose petals and raindrops and something else, something he had never before encountered. Something dark and dangerous and so violently arousing, it momentarily obliterated the overwhelming lure of her luscious blood.

She tilted her head, exposing the pale column of her throat to his ravening gaze. Without conscious thought, he lowered his head, and drifted his mouth across her tempting skin. He could feel the frantic beat of her pulse vibrating against his lips, against the tip of his searching tongue. His fangs pierced his gums, aching with need and want and rising desperation, yet unaccountably, he held back.

Echoes from another time whispered through his mind, but the time was now and the echoes were the seductive strains of the violin. Yet the music was inside his brain, inside his empty heart, twisting through his veins and pounding along his rigid shaft.

He nibbled kisses along her throat, savoring the sensation of her fluttering pulse, the torture of feeling the rush of her blood beneath the flimsy barrier of flesh, and the evocative scent of ethereal rose gardens.

“I could take you now.” His hoarse whisper teased her earlobe. This woman aroused him to a degree he’d long since forgotten existed.

“Then take me now.” Her panted command arrowed straight to his throbbing cock, the sensation so acute, for one incredulous second his fearsome control wavered.

No woman could exert such power over him. He would come only at his own command and no one else’s. 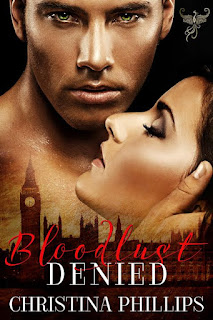 This book was previously published in 2013.

Don't forget to check out the other awesome authors in this week's My Sexy Saturday!