This is my first week participating in My Sexy Saturday! Every week published and unpublished authors share 7 words, 7 sentences or 7 paragraphs from a work-in-progress or an already published book. 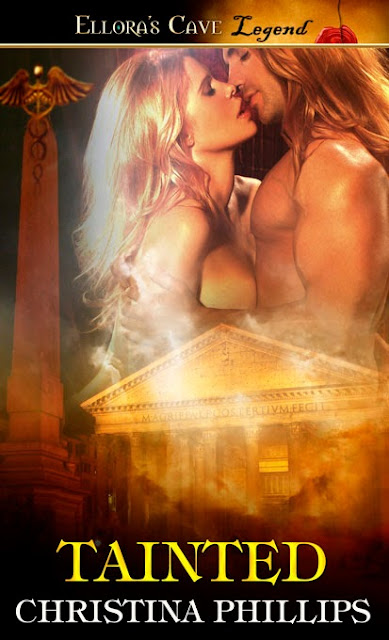 Once again he smiled, but this time it was a smile of masculine satisfaction without a trace of his former mockery. Strange little darts of desire attacked low, between her thighs, and disbelief spiked through her as decadent warmth slid sensuously through her damp channel.

Her fingers twitched as the outrageous notion to push her hand between her thighs and press against her throbbing core fluttered through her distracted mind. Desperately she tried to concentrate on their conversation and not the exquisite sensations cascading through her breast and belly. But the man before her was the cause, and she could not look away.

“I have no wish for you to fear me, Antonia.” She scarcely registered his lack of deference for her rank as the tip of his finger traced over her wrist. “I would never hurt you.” His finger trailed along the back of her hand, perilously close to where her fingers clutched her gown on her lap.

Paralyzed, she stared at him and imagined, instead, how it would feel if Gawain slid his hand between her tightly pressed thighs. The thought scorched her senses and another exquisite wave of damp lust teased her swollen folds.

Did he know the affect he had on her? It was a mortifying thought. She struggled to regain control of her senses, the use of her voice. And only then did the scandalous impropriety of his touch finally occur to her.

She should pull her hand away. Stand up. Put distance between them. He might be a kin of her hostess, but he had no right to touch her so. No right to cause such shocking sensations to ricochet through her body with little more than a smoldering glance.

But the shameful truth was, she enjoyed his touch. Even if all it comprised was the tip of one finger tracing across her knuckles. Where, earlier, his lips had also caressed. 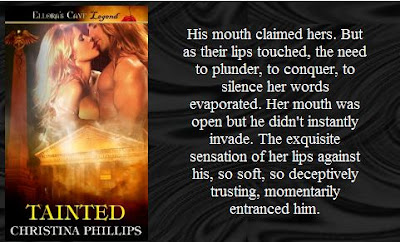 Don't forget to check out the other fabulous authors participating in My Sexy Saturday!


Posted by Christina Phillips at 6:00 am

Sensual Saturday. Got to love the building tension a mere touch can convey.

Hi Dakota, I love seeing how a simple touch can build such sensual tension :-)