I live in Australia and we don't have a Black Friday sale (we don't have a Thanksgiving celebration either, which is a shame). But I grew up in England, and remember how the sales would start on Boxing Day and they would be frenzied! Prices would be slashed and people would camp out to grab the best bargains. Since I hate being wet and cold (two things you're guaranteed to be at the end of December in England!) I never did this! I was much happier snuggled up in the warm :-) 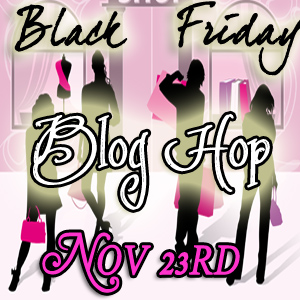 
Between an angel and a desperate woman comes salvation -
and a raw passion that challenges them at every turn... 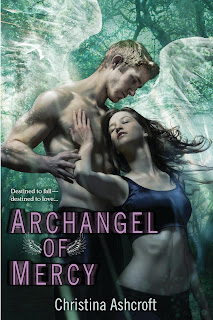 Over 18s Only Please!


Destined to fall... destined to love...
When Aurora Robinson attempts to open a rift between dimensions to embrace her true heritage, an arrogant Archangel is the only one who can save her from the jaws of hell. And while she owes Gabriel her life, she’s determined not to fall at his feet-despite the desire she feels whenever they’re together.
After his wings were brutally destroyed millennia ago, Gabriel has no compassion for humans like those who ruined him and betrayed the ones he loved. But when he inexplicably finds himself defying ancient protocols to rescue a woman from a fate worse than death, he is shocked by the searing attraction he feels for a mortal.
As the ancient forces that seek to punish Aurora for her actions close in, Gabriel offers the tempting woman protection at his private sanctuary. But as they both succumb to their desires, they discover an even deeper connection-one that threatens to consume them.
Pre-Order from
The Book Depository
Barnes & Noble
Amazon
Read Chapter One of Archangel of Mercy


Don't forget to check out all the other fabulous authors, reviewers and bloggers participating in this Hop! You can find a list of them at Carrie Ann's Black Friday Hop

We have THREE grand prizes. You as a reader can go to EACH blog and comment with your email address and be entered to win. Yep, you can enter over 200 times!

To be entered into the Grand Prize draw and my own contest on this blog, just let me know what's your fave turkey leftover dish? (that's if there is any turkey leftovers!)

i just like to eat the turkey by itself with gravy lol if there is any leftover! thanks for the giveaway!

We also don't have Thanksgiving -- but whenever we have chicken, my favorite way to enjoy the leftovers is making sandwiches. ^_^

Thanks for the great giveaway!

I hate the crowds so I'm thankful for this blog hop! Thanks for joining and for the chance to win!

Sanwiches!
Thanks for participating in the blog hop :)

Sanwiches!
Thanks for participating in the blog hop :)

I make a rice casserole with turkey on top of the rice and covered in cheese.

no leftovers, the dog would take care of them before we thought about making something of them

thank you a lot for your giveaway

I usually don't have that much left that I need to be inventive! If I had to do something special I would probably make turkey pot pie or turkey turnovers. Thanks for participating in this hop! brendem7@comcast.net

MMMM, turkey sandwiches with creamy mayo and a slice of tomato! yeah *drools*

We don't celebrate Thanksgiving here I live, so no turkey leftovers xD

thanks for the giveaway

I love to have a hot open face turkey sandwich for leftovers--with turkey & stuffing, covered with a bit of gravy, and a light spread of cranberry sauce with mayo on white bread. YUM.
catherinelee100 at gmail dot com

My favorite leftover dish would be pie. I'm not a black Friday shopper. lisarayns at gmail dot com

We are a turkey tetrazzini or a turkey noodle soup household.
planterofhope(at)aol(dot)com

I much prefer doing my Black Friday shopping online (can't stand the crowds!). Thanks for being in the hop!

I have to say Hot Turkey Sandwiches.

Turkey vegetable soup~<3
Thank you for the lovely giveaway~<3

No black Friday shopping for me...
ktyler13@yahoo.com

I have friends who go Black Friday shopping but it's not for me. Thanks for the chance to win!
sqwalker2@hotmail.com

There's not usually much leftover turkey at our house, but I love making turkey pot pie.
lisa(at)vetteklisa(dot)com

Turkey soup! Thanks for doing the hop!

I don't really do huge thanksgiving dinners, so no leftovers for me.
Thanks for participating in the hop!
farrahsayyedATgmailDOTcom

Hi! Happy Holidays to you! Turkey sandwiches. lol Nobody likes to cook after everything. lol Thanks for the awesome hop and giveaway! Best wishes and many blessings to you!
shadowluvs2read(at)gmail(dot)com

I love to eat turkey sandwiches with the leftovers! Thanks for participating in the hop!

This is the BEST way to spend Black Friday. Sitting at home, hopping with old friends and making new ones. I can't handle the crowds anymore so I only do Black Friday shopping online if I do any. I tend to pick up gifts throughout the year so come November I'm finished. That way I can spread out the purchasing and not spend a fortune at the time of the year when my job is at its slowest and my paycheck is at its lowest. We make turkey salad IF there's any leftovers. Thanks for being part of the hop and for the chance to win. <^_^>
reneebennett35 (at) yahoo (dot) com

I do not like crowds so BF shopping is not for me! I will be spending my day hopping and then snuggled up reading! Well that is after I decide on what new book I have just added to my to be read list! It gets longer every hop! Thanks!

I am thankful for all the wonderful books I am finding on the hop!

It is cold and rainy here in Indiana this year also and I definitely stayed away as I always do. I definitely like turkey sandwiches with mayo and salt. I may go make one now! Such a shame there is no similar holiday in Australia!

WHEN there's any leftovers, I love a good turkey sandwhich. Hot, cold, with gravy or with just mayo, I'm not picky! lol.

Tonight I'm going to use what we have to make a casserole, a mix of a little bit of evrything (turkey, mashed potatoes, stuffing, gravy, and topped with Crescent Rolls from the can). Hope it turns out great!

My favorite turkey leftover dish is turkey croquettes. Yummy! Thanks for participating and I LOVE the cover of Archangel of Mercy! Very nice.

Well, I don't eat any meat anymore but when I did eat turkey, my fave leftover were turkey sandwiches. Yum.

I love making leftover turkey sandwiches :)
Thanks for the awesome giveaway!
cassandrahicks1989@yahoo.com

My favorite leftovers are the deviled eggs! YUM!

Turkey sandwich with cranberry sauce and stuffing on the sandwich.

I would have to say cold turkey sandwiches or a potpie... but this year we made chicken on the grill (bbq) it was so good... And i ripped up some of the breasts and made a chicken bbq sandwich lol oh yeah with a slice of pumpkin and some cranberry sauce.

I love turkey because it tastes so good!!! Thanks for the great giveaway! And I love the book cover!!
red_tigergirl2(at)hotmail(dot)com

Hate shopping, so I don't do black friday.
magic5905 at embarqmail dot com

Turkey and noodles of course. Thank you for being part of the hop.

I do like to shop on Black Friday, but the last few years I have found better sales, No lines, No rude people, and free shipping on Cyber Monday.

Yup, turkey sandwiches are our norm too.

I stuck to the web today instead of braving the crowds. ;) Thanks for the giveaway!

Thanks for the chance!

bacchus76 at myself dot com

Stuffing and PIE! Thanks for the giveaway!

Turkey salad sandwiches
Thanks for the giveaway!
nerdswillruleoneday@yahoo.com

Turkey sandwiches. Thank you for the giveaway and being part of the blog hop. :)

As you know, we don't have Thanksgiving or Black Friday in Australia so I'm home reading instead.
Thanks for being part of this great blog hop.
Suzi Love
suzi at suzilove dot com

Thanks for the chance to win!
natasha_donohoo_8 at hotmail dot com