It's been a bumper month for Dark Side Down Under members, with a fabulous crop of new releases to choose from - congratulations, ladies! 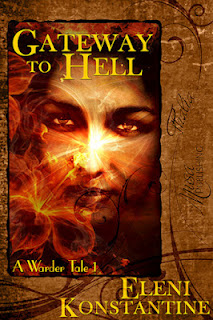 
Zeta will protect the one she loves, even if it means living in Hell.


Mastering a unique power was much safer for Zeta Kosmos with a mentor to help her along. Now that he’s disappeared, Zeta must continue alone with her calling—closing Gateways to Hell.

Daniel Richards is in the family business—Warding supernatural evil from causing havoc on humans. As such, he’s only interested in the safety of one-night stands. Until Zeta. This bad boy now wants a long, lasting relationship.


But Zeta can’t let go of her past, nor can she ignore the secret demonic threats against Daniel’s life. She’d rather fight demonic spawn and be dragged into Hell than allow anything happen to him. Can Daniel convince her to stay? Will she have to pay the ultimate price? 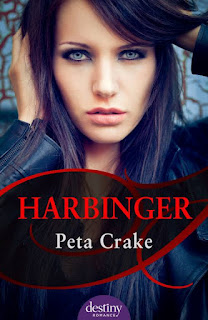 As an Olympic messenger, suburban Aussie girl Ophelia Lind is used to being at the beck and call of the gods. But when gorgeous demigod Aden moves into her neighbourhood and starts taking advantage of her services, Ophelia believes life could not get any worse. She's about to be proven very wrong.

Ophelia tries to enjoy a normal, everyday life while running messages for the Greek gods – but without warning an odious creature - evil incarnate - begins to stalk her. As a messenger dealing with the all-powerful and sometimes frightening gods, Ophelia is accustomed to adventures and scrapes. But this is different. Even Aden, who is madly and deeply in love with Ophelia, finds it difficult to protect her. Suddenly Ophelia is in a battle for survival and begins to question everything – her upbringing, her identity, and her true feelings for the alluring and entirely frustrating Aden. 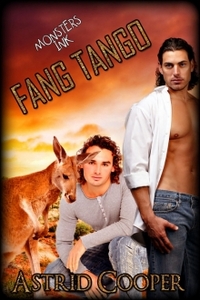 At Monsters inK there’s magic, mayhem and miracles – and fang-boys tango and tangle in the sultry dance of seduction and love.

Radan is a tarot-reading, vampire-kangaroo hybrid, who despairs of finding his true love. On the eve of his one hundredth birthday he discovers his dying soul-mate in a garbage dumpster, stinking of fish, but when the man’s blue eyes open, it’s instant Mate Recognition for Rad. The only chance to save his man is immediately change him to vampire—but a blood-transfer made without the man’s love can turn him into a vampire rogue. Has Radan found his true mate only to lose him to the blood-lust?

Andrew Smith is a street-wise cop whose life is comprised of deadly secrets—even his name is a lie. He’s been hurt in the past and he never wants to face betrayal again. So, when he awakens from his ordeal to discover he’s now a vampire, and the guy who’s responsible is a crazy dude who insists that Drew is his mate, and that it’s love at first bite, what is a cop to do, but run? Except, he can’t escape and all he can do is resist Rad’s sexy seduction—or die trying.

So, at Monsters inK there’s magic, mayhem and miracles – and fang-boys tango and tangle in the sultry dance of seduction and love… 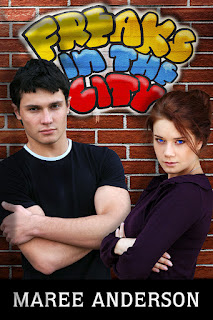 Freaks in the City
Maree Anderson

True love isn’t a cake-walk when your girlfriend’s a cyborg!

The timing couldn’t be worse for Jay to take her relationship with Tyler to the next level—especially when her idea of “the next level” proves to be vastly different to Tyler’s. Building a life together and adapting to each other’s quirks is challenging enough without the secrets they’re keeping blowing up in their faces. Their relationship is tearing Tyler’s family apart. Worse, the ex-girlfriend from hell shows up on their doorstep, destitute and desperate for a place to stay until she sorts out the latest hot mess she’s embroiled in.

Jay’s not exactly thrilled about Tyler’s ex turning up out of the blue, but it’s better to keep your enemies close, right? Sure enough, the ex has an agenda. But discovering who is manipulating her behind the scenes isn’t easy, even for a super-smart computer-savvy cyborg.

Then a vulnerable member of Tyler’s family is threatened, forcing Jay to confront a ghost from her past who’ll stop at nothing to destroy her. And this time, the weapon he’s chosen to take Jay out with really could be the death of her. 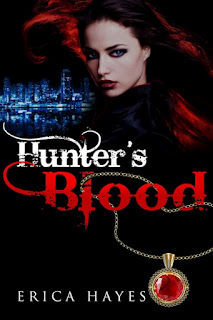 Hunter's Blood
Erica Hayes
A powerful young vampire demon-huntress teams up with a legendary slayer to rid their city of soul-munching demons – but he's already broken her heart once. Will he betray her again in his burning quest for revenge?

Gina Santangelo is the toughest huntress in the Guild, unmatched with blade and vampire blood-magic as she keeps the city safe from soul-munching demons. Until she crosses swords with Luka Dragovic, a legendary slayer, the only man who can help her save the city from a fresh demon incursion. But he's also the man who broke her heart five years ago, when he defected to the enemy—and Gina vows that this demon-loving traitor will never best her, either in battle or in love.

Luka can't resist this fiery, defiant adversary—the very woman whose memory kept him alive through five years shackled in hell, tortured by a sadistic demon. Now Luka burns for revenge—but to kill this demon, he'll need Gina's rare brand of magic, which she's sworn never to share, least of all with the man she despises for a traitor. A power Luka can gain only by possessing her, body and blood…


Posted by Christina Phillips at 11:03 am

Thanks for the mention Christina. I have to say I can't wait for Archangel of Mercy to come out.

My pleasure, Peta, it's fab to have another WA author and I'm looking forward to reading Harbinger!

Thanks so much, Christina. And it's so wonderful to see writing buddies with their releases.

You're very welcome Eleni. And yes, aren't the Dark Siders on fire this year!!

Certainly a good line up there Christina. I have a tbr list so high. lol. :)

Hi Suz! I know what you mean about the tbr pile - and it keeps growing!!!