Welcome to the Love, Lust and Lipstick Stains Burns' Night Blog Hop! Although here in Oz we're in the middle of a scorching summer, it's pretty chilly in January in the Highlands :-) To warn everyone up I'm sharing a toasty tidbit from my recent release, Her Savage Scot, book 1 in the Highland Warrior Chronicles set in the ninth century.

Don't forget to follow the hop and enter the giveaways below! 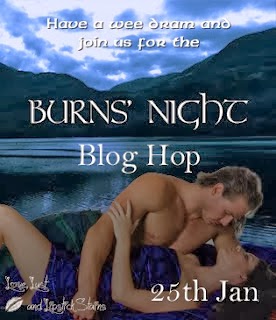 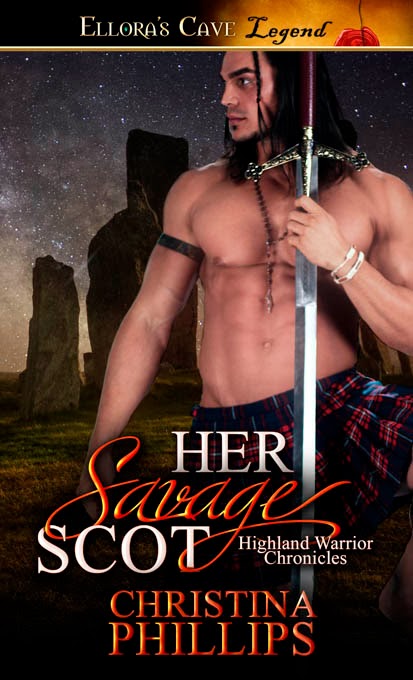 
Connor finally released her and she turned to face him, not even attempting to regulate her uneven breath. Why should she? He attempted no such thing.

“Remove your gown.” The order was harsh.

How dare he speak to her in such a manner? She, a Princess of Ce, when he was nothing but a commoner?

“Or what?” Her words were low, taunting, no matter how she chided herself to remain silent. “You will rip it from my body? Ruin another of my gowns?”


“Aye.” As he spoke, he tossed his length of plaid over his shoulder, his eyes never leaving hers. “If that’s the only way to strip you for my pleasure.”

She gasped at his arrogance, but twisted desire curled around her clitoris and quivered through her wet sheath.

“You would have me dress in rags?” Why was she encouraging him? All she had to do was discard her gown, open her arms and pretend they were back in Ce. There was no place in this life for the entrancing flirting they had enjoyed that night.

He bared his teeth in a parody of the smile that had once captivated her foolish heart. “Madam, I can well afford to ensure you have a dozen new gowns for every one I…ruin.”

I'm giving away one e-copy of Her Savage Scot - just leave a comment with your email contact below. Easy!!!! And don't forget to visit the other fabulous authors and bloggers in the Hop to be in with the chance of winning other exciting prizes. Plus there's the Grand Giveaway of Amazon Gift Cards for six lucky entrants in the Rafflecopter contest below!

Thanks for taking part in the hop and sharing an awesome snippet to keep us warm on the other side of the world!

Thank you for the giveaway, the more I hop the more books I am adding to my bottomless tbr list :)

I love historical Romances especially ones that sizzle - hee hee.

I am so very glad to be introduced to you on this tour, Christina! I can't believe I haven't already read something of yours, but I'm remedying that very quickly. I am intrigued by your Savage Scot because I am enamored of anything Scots, but I am also very interested in your ancient Roman series and have ordered the first one to begin with. Thanks so much for participating in this tour and for your post. jdh2690@gmail.com

I love that kind of sexy banter!
capefearlibn at gmail dot com

Oooh sounds like fun! Nice to meet you and see you on FB hopefully.

Thanks for organizing the Hop, Samantha!

Thank you! I hope you enjoy Forbidden, that book has a very special place in my heart :-)

I'd love to connect up on FB!

Great excerpt, Christina! There is everything to like about a sexy Scottish man :)

Hi Shelley! Yes, they are such sexy beasts :-)

I was looking for you on Twitter and there were lots of Christina Phillips, and at first I dispaired! But then my eye caught a long haired naked guy with a broadsword. Ah! I thought, this must be she!

I'm so glad you enjoyed the excerpt :-)

Great blog, the hope was fun!! Thanks! Smann@michaelbest.com