For this week's My Sexy Saturday I'm sharing seven paragraphs from Her Savage Scot, book 1 of the Highland Warrior Chronicles. In this scene Aila, a princess of Pictland, has gone to great lengths to elude her bodyguard and visit Connor MacKenzie for one illicit night of passion. 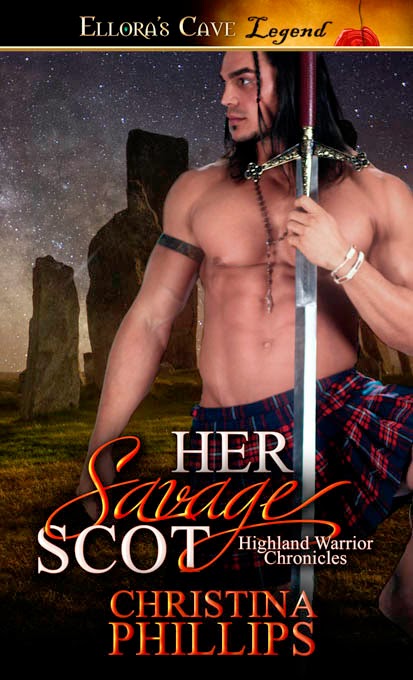 The door closed behind him. He stepped further into the chamber and now she could see the way his gaze swept over her. “You’re dressed as Lady Elise.” Was that a hint of amusement?

Her tension eased and relief flooded through her, leaving her feeling strangely light-headed. That was why he had hesitated by the door. Because he had thought she was Elise—and he hadn’t wanted Elise. “It was the only way.” To lose her bodyguard. But she didn’t want to go into details.

He came to stand before her. “I never thought to see you in my bedchamber.”

“Should I leave?” She tilted her head, and her heart melted at the smile he offered her. She doubted she could leave, voluntarily, if her father the king commanded it.

He took her hand and led her toward the bed. Once again nerves danced low in her stomach, nerves but something else as well.

Yes, she desired him. Wanted him. It was the reason she had gone to such lengths to be with him tonight. But she wasn’t quite ready for him. Would he understand? Could she find the words?

Don't forget to enjoy the rest of the My Sexy Saturday Hop!
Posted by Christina Phillips at 6:00 am

What a sneaky heroine. Love it!
ND

She sounded so conflicted at the end. I love the suspense.

the stealth bride! She wants him. Bad.