I'm so excited to reveal the gorgeous cover for HER SAVAGE SCOT, the first book in The Highland Warrior Chronicles, where my tough Scots warriors fall in love with their brave Pictish princesses. The cover was desinged by the amazing Kellie Dennis of Book Cover by Design. 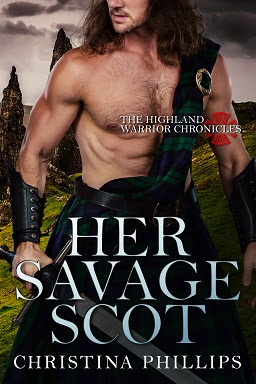 He’s the only man she wants, and the one she can never have…

Excerpt   |   Reviews
Posted by Christina Phillips at 7:44 am